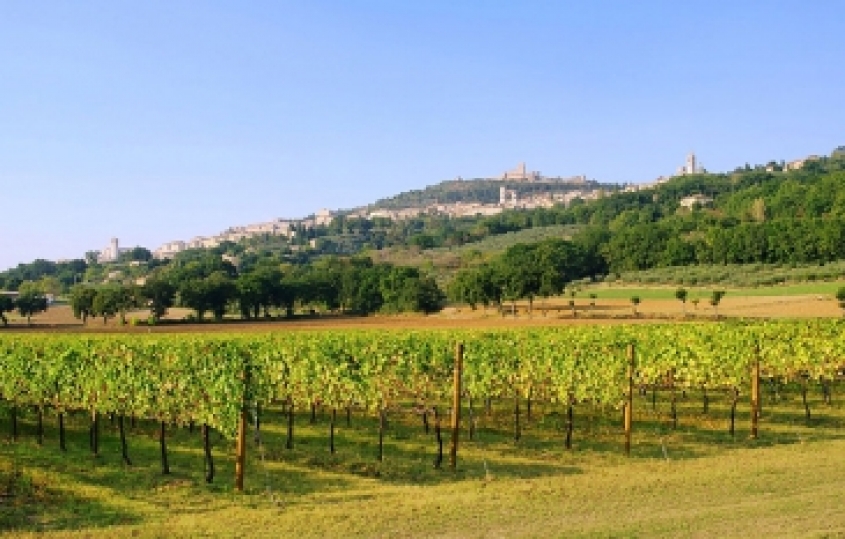 Following in the footsteps of St. Francis

·         Basilica of St Francis in Assisi. Since 1230 this Basilica preserves and holds the mortal remains of the seraphic saint. Wanted by Pope Gregory IX as specialis ecclesia[1], it was awarded the title of Caput et Mater Order of Minors [2] by the Pope himself and at the same time it was entrusted in perpetuity to the same friars. In the complex history that has marked the evolution of the Order, the Basilica (and the adjacent Sacred Convent) has been  guarded by the so-called "friars of the community", the group who then constituted the Order of the Minor Conventual Friars.

The remains of the saint were moved in 1260, and the solemn consecration took place in 1265, in the presence of Clement IV. Basilica construction was guided by the architect Filippo da Campello. The crypt that now houses the Saint Clare’s tomb was built in 1850.

·         The Cathedral of Saint Rufino is the Dome of Assisi and the Cathedral of the Diocese of Assisi-Nocera Umbra-Gualdo Tadino. The church stands in the square bearing Saint Rufino where once stood a terrace from Roman times, (but there is no documented evidence) and the forum of the Roman city of Asisium.

·         Roman Amphitheater, built in the first half of the first century AC, with its elliptical system remained confirmed by the medieval houses structure and by an arch in travertine wedges. The arena is defined by a garden.

·         Rocca Maggiore, situated on a hilltop overlooking the valley and erected in the early Middle Ages, was destroyed by a popular uprising (1198) against Duke Conrad of Urslingen, tutor of the late Emperor Frederick II. Rebuilt in 1356 by Cardinal Albornoz, while respecting the original structural shapes, the polygonal tower (1458) and the cylindrical bastion next to the entrance (1535-1538) were added later. Federico Barbarossa and Frederick II resided in the Fortress as children.

·         City Hall, where there are Roman inscriptions, two portraits from the Flavian period, a valuable library furnished with Venetian furniture and the famous edict of Constantine dated 333-337 AD

·         Collegiata di Santa Maria Maggiore, which houses beautiful frescos by Pinturicchio (around1500-1501) and a valuable Deruta tile floor (second half of the sixteenth century) in the Baglioni Chapel. The original facade of the thirteenth century, was completely rebuilt around the middle of the seventeenth century. In the interior there are several baroque elements including an altar.

Dinner and Accommodation: Town of Spello

More in this category: « Water and Wine meet each other in Umbria
back to top